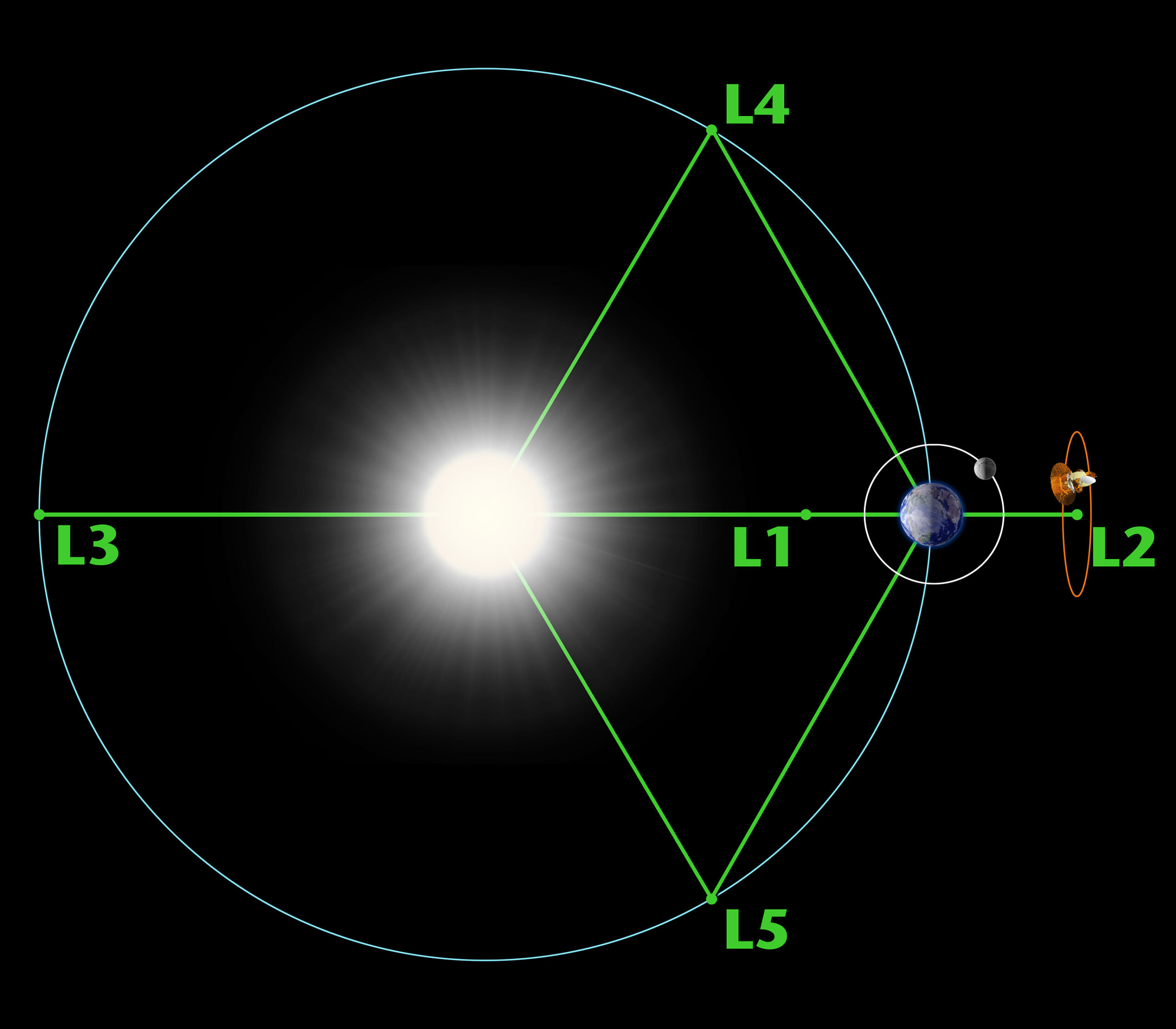 Our Sacramento L5 Society is named for the Lagrange Point EML5. Just like the illustration above for the Sun Earth Lagrange Points the Earth and the Moon have a similar geometry of points where it’s easier to track the revolution of the moon in a space craft.

Lagrange Points were popularized by Gerard K. O’Neill in his pioneering book “The High Frontier” where he made the case that living on a space station makes space travel easier since there is no need to climb out of a gravity well.

However, space is full of harmful radiation and there is no clearly feasible way known at the moment to protect humans from damaging exposure in a long mission space craft or space settlement. Al Globus has studied a number of possible approaches to the protection of space travelers and settlers.

Lagrange points are positions in space where objects sent there tend to stay put. At Lagrange points, the gravitational pull of two large masses precisely equals the centripetal force required for a small object to move with them. These points in space can be used by spacecraft to reduce fuel consumption needed to remain in position.

Powering a Moon Base

The Power of Space Debris

The Spaceport by Roger Arnold and Donald Kingsbury