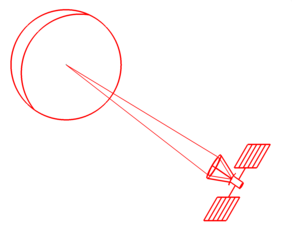 In 2016, the SL5S entered the “100&Change” grant contest. Their entry focused on helping solve the enormous problems resulting from the ongoing collision between linear population growth and growing demand for resources. To solve this problem, they’ve proposed mitigating the impact of this collision with Lunar Surface Resource Utilization (LSRU). LSRU enables the development of environmentally neutral resources and the establishment of the foundations for full lunar settlement. To promote the timely development of LSRU, we’ve proposed immediate development of Aggressively Collimated Technology (ACT) based on a new thin-film lens technology. The orbiting of a solar-powered ACT-enabled laser platform at Earth/Moon Lagrange point 1 (EML1) will allow the platform’s laser beam to economically and continually broadcast power to any point on the lunar surface for purchase by entities requiring continual power. Over time, a public Lunar Power Utility (LPU) will be created, including power grids extending outward from the lunar poles. The LPU will set reasonable rates for it’s power, thus encouraging timely development of LSRU while simultaneously generating net income.

Breakfast’s on the Moon – Mission Plan

We use cookies to ensure that we give you the best experience on our website. If you continue to use this site we will assume that you are happy with it.Ok