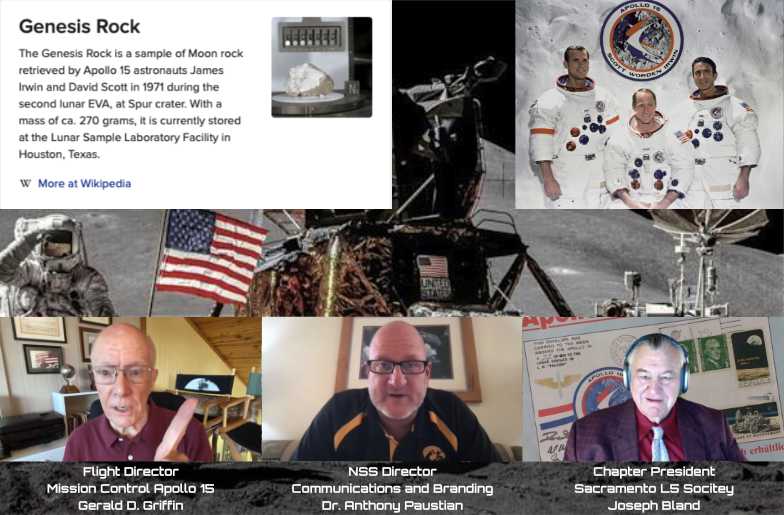 Apollo 15 celebration "Breakfast on the Moon" #5

On Saturday morning, August 7, NSS Chaptersʼ Assembly and NSS Chapter Sacramento L5 Society hosted the fifth in their ongoing series of 50th anniversary celebrations of the manned Apollo missions to the Moon, celebrating the Apollo 15 mission.

For the Apollo 15 event, we are tremendously grateful to have had Apollo Mission Control Flight Director Gerald D. Griffin, returning as principal panelist. He shared his memories and his insights into Apollo 15, the first “J” mission. Earlier missions were focused on safety and transportation and those missions with great effort and sacrifice made the Apollo program reliable.

That hard won reliability allowed the “J” missions to focus on exploration and geology.  The astronauts trained hard to develop the insights and the practiced eye of an expert geologist. The training paid off because astronauts James Irwin and David Scott found the “Genesis Rock”  from the early moon crust.

What is a Lagrange Point?

Posting to SacL5 with Elementor