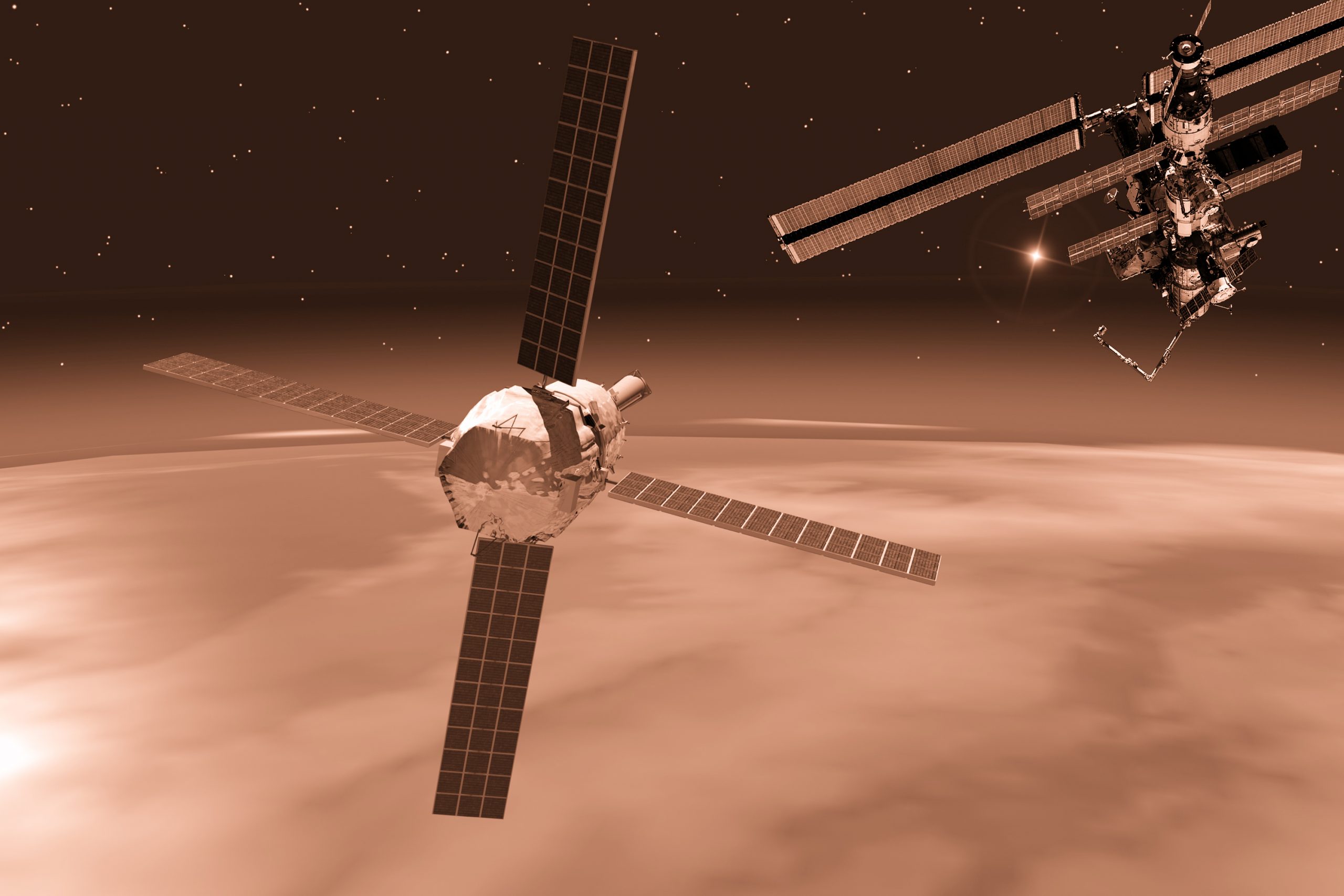 There is a common misperception that if you get rocket up high enough, say several hundred miles above the ground, there will be no gravity to pull it back down to the earth, and the rocket will be able to maneuver around. This is akin to the captain in the science fiction spaceship calling for an all halt. In space, there is no all stop. This is because, if you are not moving in relation to the planet you are near, you are being pulled down to it by its force of gravity. Even the moon at 240,000 miles from the earth experiences the pull of gravity from the earth. That pull of earths gravity is what keeps the moon from sailing off to orbit the sun.

The ISS ranges from 205 to 270 miles above the earth. In order to keep gravity from pulling it down, it maintains a velocity in a direction perpendicular to a line from the station to the center of the earth. According to the NASA website (www.nasa.gov), the ISS speeds around the earth once every 90 minutes. If the earth is about 25,000 miles around, at 270 miles up, the length of the orbit is approximately 27,000 miles.

This means the ISS is traveling about 18,000 miles per hour along the path of its orbit. It must travel this fast just to keep from falling back to earth. If it were to slow down, its orbit would decay. It would travel lower and lower until finally, the drag on the station from the thicker air would slow it quickly, and it would probably burn up on re-entry. Whether it would leave debris on the surface of the earth depends upon the density of the station, the metal material, and how much air drag, also called air resistance, slows it down.

Fly Me to the Moon

Apollo 14 Breakfast On the Moon Video