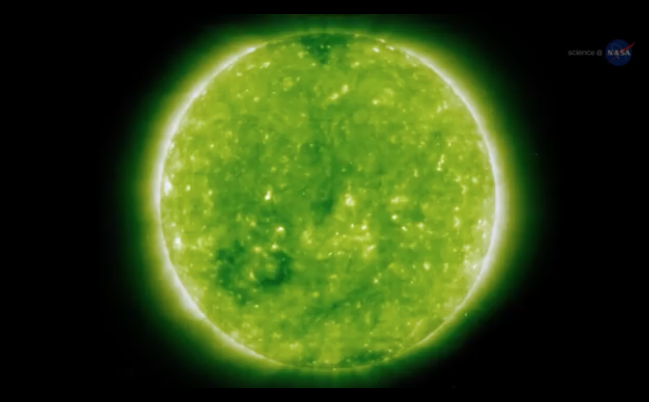 High up in the clear blue noontime sky, the sun appears to be much the same day-in, day-out, year after year.

But astronomers have long known that this is not true. The sun does change. Properly-filtered telescopes reveal a fiery disk often speckled with dark sunspots. Sunspots are strongly magnetized, and they crackle with solar flares—magnetic explosions that illuminate Earth with flashes of X-rays and extreme ultraviolet radiation. The sun is a seething mass of activity.

Until it’s not. Every 11 years or so, sunspots fade away, bringing a period of relative calm.

“This is called solar minimum,” says Dean Pesnell of NASA’s Goddard Space Flight Center in Greenbelt, MD. “And it’s a regular part of the sunspot cycle.”