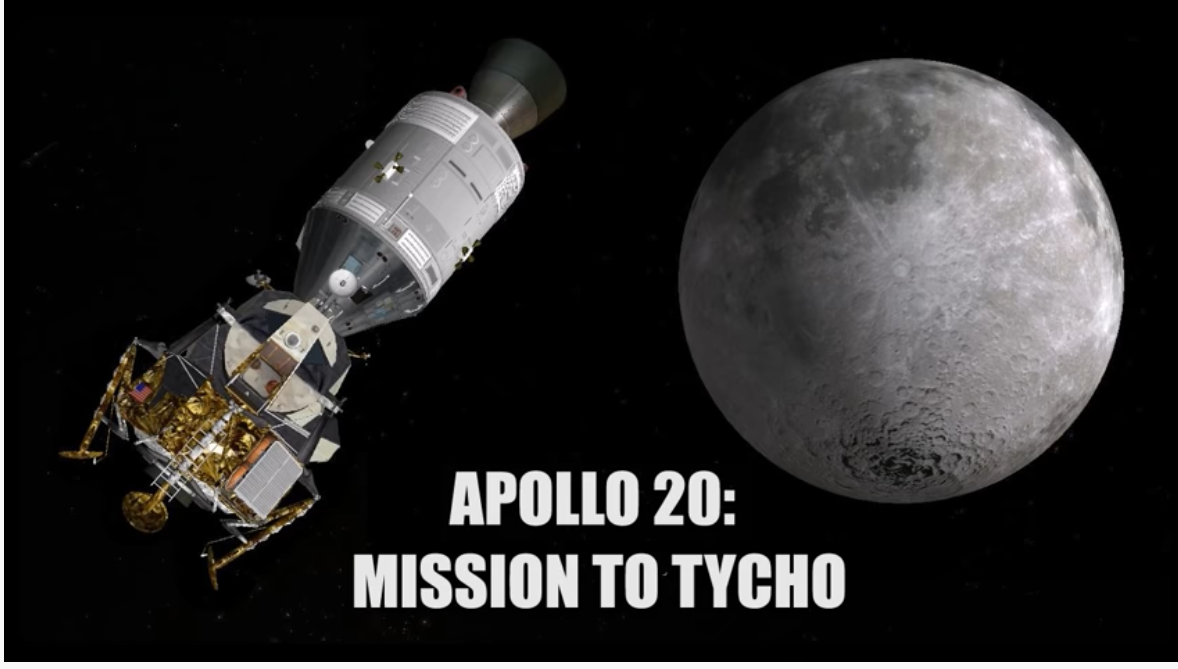 Apollo 20 was to liftoff from Kennedy Space Center on July 24, 1974 to the most adventurous site visited yet by Apollo astronauts; the rim of crater Tycho. Tycho is named for famed astronomer Tycho Brahe who’s lifetime’s collection of astronomical data allowed Kepler to formulate the laws of planetary motion that have helped make Apollo possible. Tycho is also the most recognizable and visible feature on the Moon. Its fresh impact rays extend all over the surface of the moon and can be seen by the naked eye. Tycho was the location of the Tycho Magnetic Anomaly (TMA-1), and subsequent excavation of an alien monolith, in 2001: A Space Odyssey, the science-fiction film by Stanley Kubrick and book by Arthur C. Clarke.

What is a Lagrange Point?

NASA Apollo 13 The Rest of the Story